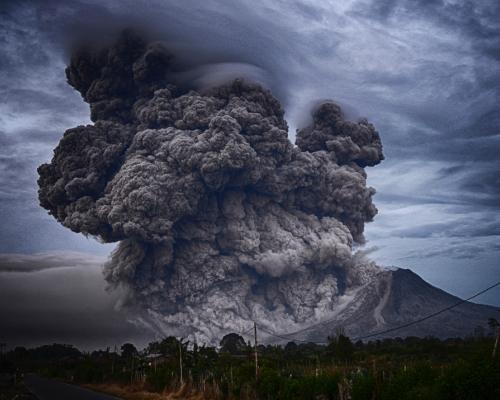 ‘s What is religion? or Ancient Greek Mythology

I would submit that religion is there to explain the unexplainable. Say you lived 2000 plus years ago. You do not understand why the lightning bolt killed your cow, the volcano blew its top, the drought destroyed your crops, and any one of a hundred others things that makes life miserable. Lacking understanding, you attribute these events to supernatural forces. It is my personal feeling that religion today has lost much of its power, because we can now explain many of the phenomena of nature through ration explanations. Ancient Greek Mythology tied to explain their religion in tales and fables that were taught to all Greeks as part of the culture.

Religion was different in ancient times. You talk to people today and God is some manifest force that keeps the universe in order, guides you actions, judges your deeds, rewards the good, and punishes the bad. Except for when God becomes man (like Christ) or Gods speaks through men (like the Hebrew and Islamic Profits), man does not really interact with God. The ancient Greeks did not see it that way at all. The Gods are manifest. They are real and could take human form and interact directly with humans. The Gods would normally disguise themselves in these cases, but you could go for a walk and the next old man, or traveler you ran across could be Zeus himself. It was an in-your-face type relationship between you and the Gods.

Who Are the Gods

Besides being manifest, the Gods were a lot like us. They had the same attributes and faults that humans did. The Gods loved, lusted, fought, gave, took, showed pity and anger. On a whim, they could treat you well, or make your life a living hell. They were also limited in their scopes. Certain Gods were in control of certain things and not other things. Poseidon took in control of the seas and earthquakes; Aphrodite beat is love and sexual desire; Athena was the goddess of wisdom; Apollo drives the sun chariot across the sky and handled prophecy; and Zeus kept the Gods in line and dispensing divine judgment. Like humans, you could also please the gods by offering them gifts, called sacrifice. Animals, beautiful articles of gold and silver, and other gifts were given to the Gods in a sort of quid pro quo so when the time came, they help you out too. You could also gain favor with the Gods by offering to put on religious festivals, or paying for a temple to be raised. If you made out well in life, you were expected to give some back for not only for the Gods, but to benefit the people also. You took care of the Gods and maybe they take care of you.

One thing you NEVER did was walk around acting that you deserved your good fortune, or that you were high and mightily, or that the world should bow to you. In short you never showed irreverence to the Gods. This was called hubris and it was guaranteed to get noticed, despised, and treated like dirt by the Gods to teach you humility. Greek myth is full of stories of those who thought themselves the equal of the Gods and found out the hard way they were not. The Gods would at times give mortals gifts if they favored your cause. You should always accept such gifts if offered. Not to accept was an insult. The Gods were also not beyond giving advice to mortals through their prophets and prophetess such as the Oracle of Delphi. But you had to understand their meaning. There was the famous case of King Croesus of Lydia who asked the Oracle at Delphi if he should go to war with Cyrus the Great. The answer was that if he went to war, a great kingdom will be lost. Croesus took that as meaning he was certain to win the war……WRONG! He lost big time and his Kingdom became part of the Persian Empire and he became a permanent house-guest of Cyrus.

In brief, the Greek Gods are an always present always watching group of beings that held your very fate in their hands. Making them happy was the best insurance available for that time that things would turn out right for you. It was not a guarantee however, but it was always better to have the Gods on your side than not. As an aside, Ancient Mythology even today teaches us lessons all of us could use to make our own society better.

For those of you who may want to get more information on Greek mythology try the Mythology course from the great courses:

More information about citzrnship in Ancient Greece is in my blog spot: