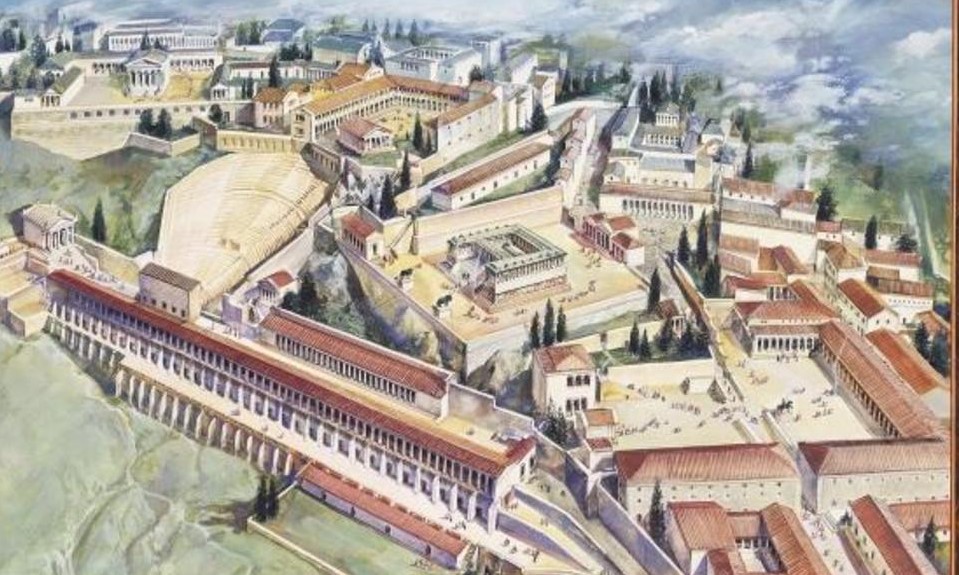 One of the hallmarks on how we judge any any culture is how they choose to govern themselves. Many people think that in Greek life, if you are a citizen, then all you need to do is go down to the assembly and make yourself heard to you fellows.

Well not so fast. At different times in history, the Ancient Greeks use different forms of government. I will attempt to give a brief description of these governments in both the Classical and Hellenistic periods. Finally, I will describe the government structure as seen in my books.

The government in classical Athens was a direct form of democracy. At the start of this period, this was not the norm, but as the period worn on, it became increasingly popular. A direct form of democracy means you vote for yourself and not through a representative. You decide if you raise your taxes, or went to war. In most Greek City-States or poleis this was not the case. Most poleis were run as oligarchies. That is the leading (read leading as rich) citizens took the lead on setting polis policy and laws. That did not mean you had no say in your government, but the leaders were your first among equals. There were also other smaller bodies like councils or similar groups that handle the day to day running of the polis. This is where most of the power actually resided. While these smaller bodies could ignore public opinion from time to time, they could not flaunt it. Public uprisings and the overthrow of local governments was certainly a well-known practice among the Greeks. Therefore it paid the oligarchs to listen to the people through their assemblies. Those assemblies were open to citizens. So you could have your say about how things were run in ancient Greece. In classical Greece, there was only one kingdom and that was Sparta, and they had two kings. They were not kings in the imperial sense but most likely war leaders.

All of this changed after Phillip II of Macedon conquered the other Greek poleis. The poleis no longer governed themselves but were part of a greater collection of city-states. Under Phillip in Greece, and later in those lands his son Alexander the Great conquered, governments started to resemble the form the Greeks found in Persia This was the direct rule of kings. The kings have the final say in all things, and they delegate his power through administrators, governors and local rulers. Each layer was responsible to the one above it for collecting taxes, keeping order, levying troops, and maintaining infrastructure. The rule was you pay your taxes, and everyone left you alone to do your own thing. Don’t pay your taxes or open your mouth too much against the king, and you life expectancy became very short. Sounds like a far cry from one man, one vote policy of the Classical period.

3. The Forest of Allund and The Laughing Gods

In my books we see a hybrid of both systems. There is an overall ruler or ethnarch in the kingdom and he gives his orders through his archons, tetrarchs, and oligarchs. Each city or polis has its own ruler, but there are citizen assemblies, that have power too, mostly over local expenditures. The local ruler is in charge of all able body males in the militia, but there are regular and professional troops available. People do have their say, and the justice system tries to be fair, but the open freedom of direct democracy is far from anyone’s thoughts.

There is an excellent DVD lecture series on Athenian Democracy offered by the Great Courses and taught by Professor Robert Garland. It can be found at:

There are also many other courses in both the Classical and Hellenistic Greek life available through the Great Courses.