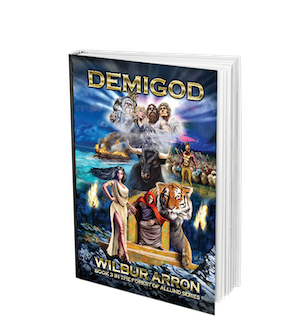 Alexio confronts Zilar in a climactic fight against hopeless odds as tragedy devastates his world. Years later, Alexio, and the Olympian Gods are forced to battle a renegade deity who seeks dominion over the entire world.

Book Three in the Forest of Allund Trilogy. Now available on Kindle. 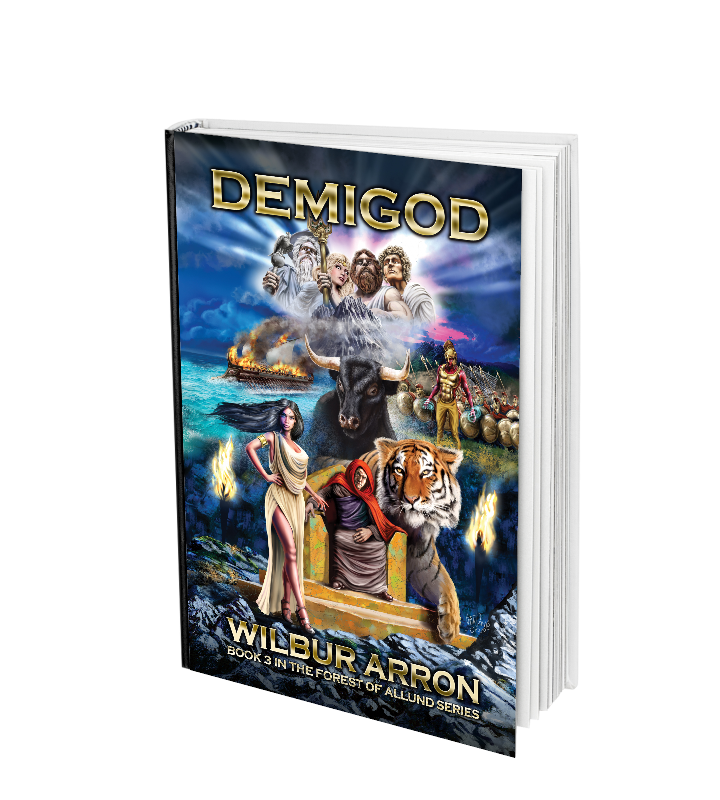 A Final Thrust at the Zilar, and a Renegade God Invades the Forest of Allund…

Two tales conclude this series. In the first, Alexio Sopholus comes up with a dangerous and desperate plan to finally end the Zilar war. He, his wife, and several loyal companions make a dangerous journey to a place where he can challenge the leader Zilar directly. Along the way he finds many new friends, and learns much new knowledge that allows him to carry out his plan. After several confrontations, Alexio and his friends are faced with the full might of the Zilar.  Their only hope is to make a desperate last attack against overwhelming odds against the Zilar himself and his minions. At the same time a great tragedy befalls the three kingdoms that will devastate life for years, causing untold death and destruction, and the deaths of many friends.

In the second tale, several peaceful years have passed by when the kingdoms are faced with a lethal threat even greater than the Zilar. A renegade god and his followers invade the world causing panic and destruction. This new god seeks nothing less than to displace the Olympian Gods of this world and have the people bow down to him instead. The kingdoms, the mages, the armies, and the gods themselves must band together to defeat this interloper or face extinction. The battle will be long, vicious, and without any quarter given. Many will die in the conflagration. The final battle will tax the strength of both gods and men and force Alexio into making the ultimate sacrifice.

Attack of the Gods

An Excerpt from Demigod

One priest pulled the tarp off the object and there stood the statue of a man maybe fifteen podia tall. His face, chest, and arms were all dark red. On his chest, he wore a gold breastplate. On his legs was a set of loosely fitting trousers, also of gold color. He had long black hair with a golden helmet like that worn by our cavalry commanders. His face was harsh looking and unforgiving. For a moment I thought they were going to attack us with a cult statue when to everyone’s horror, the statue began to move, lifting its right leg first then its left as it stepped out of the wagon to the ground. It turned to all of us, his face changing to show rage and anger.

“FOOLS,” he bellowed. “DID YOU THINK TO DEFEAT ME SO EASILY,” he laughed. “I PLANNED THIS TO BRING YOU ALL OUT INTO THE OPEN. NOW I CAN DESTROY YOU ALL WITH JUST ONE BLAST. PREPARE TO DIE!”

Between his two huge hands, I saw the purple glow of a fireball starting to form. It was a fireball at least ten times the size of any that I ever conjured. He started to bring it over his head. I put as strong a force barrier possible between me, Melina and Lord Sacarai.

“KERVANO!” I heard several voices call out at once.

Before I could turn to face the call, three huge lightning bolts hit the figure next to the wagon. A moment later came a huge blast of thunder that knocked me, Melina, and all around us to the ground. Pallas fell off his horse, and his mount and many others bolted for the forest. I looked up and saw the statue falling over the wagon, crushing it underneath him along with his priests. The huge fireball flew upward, only to explode harmlessly high overhead.

As I got up and I looked over toward where I heard the shouts from. There stood three figures. One was the woman I had seen before, years ago. It was Athena with her white owl. Next to her stood the old man in the blue robe I had seen in Mycalessus. He wore a low–slung circular hat and carried a staff. The third looked like a fisherman carrying a large trident.

“You have no power here, Lord Sacarai,” the old man said. “Leave before we destroy you.”

The statue quickly got up, looking very nimble for a figure fifteen podia high. It turned and faced the three Olympian Gods, its face flushed with rage. “Do you think you so-called gods have power over me?” it called out with contempt. “I have been to a hundred planets, and gods and goddesses without number have tried to force me away and failed. It will take more than your puny magik to make me leave.”

More than our magik he said. That is when the idea hit me. There was more than regular magik here. I had four crystals and I could use them.

“All of you prepare a single blast from all of us,” I called out mentally and vocally. “Magik and arrows.”

I started to charge the four crystals this time. Lord Sacarai by now stood in front of the crushed wagon. His force projection was so powerful I could see it shimmering in the daylight. I could see he was concentrating, preparing another blast.

I stepped aside and opened as many portals to the brighter realms around me, letting power pour into me and the four crystals. I could feel myself grow with the power. It was like my body was expanding with the power I collected.

“Alex, NO!” I heard Philocrates call out.

I did not care; I was drawing more power now than any mage had ever attempted. I could feel the energy almost setting my skin on fire. As I looked down, it was as if the ground was moving away. I realized I was physically growing. I turned to look at Lord Sacarai whose eyes were firmly fixed on me.

The power kept pouring into me until I could not hold it any longer.

Buy From Amazon
We use cookies to ensure that we give you the best experience on our website. If you continue to use this site we will assume that you are happy with it.OkNoPrivacy policy